PolyFect™ Transfection Reagent is a biodegradable polymer based transfection reagent that forms a complex with DNA, and transports the complex into a variety of adherent and suspension cell lines. A remarkable feature of the reagent is the rapid and complete degradation of polymer after transfection complex endocytosis, leading to much less cytotoxicity. 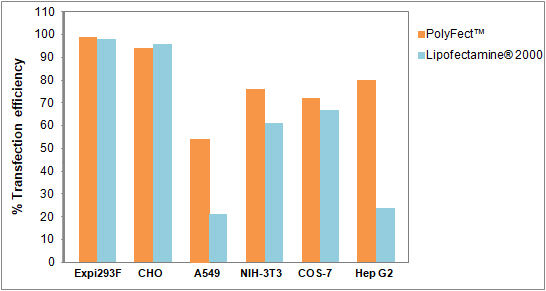 Figure 2. The transfection efficiencies of PolyFect™ in Expi293F, and CHO suspension cells are over 95%, ideal for protein expression.