PolyFectRNA™ Transfection Reagent is an innovative cationic nanotechnology developed specifically for the delivery of siRNA and miRNA into a wide range of eukaryotic cells. PolyFectRNA™ Transfection Reagent provides the highest transfection efficiencies on the widest variety of cell types for siRNA-mediated gene knockdown experiments. The reagent is compatible with the use of serum and antibiotics in the cell culture medium. 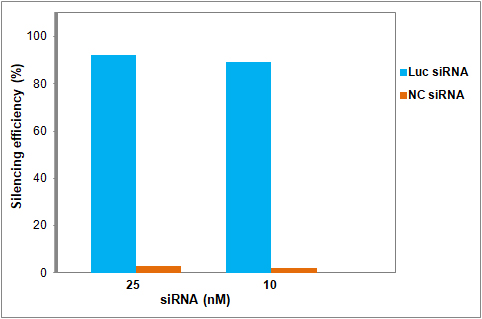